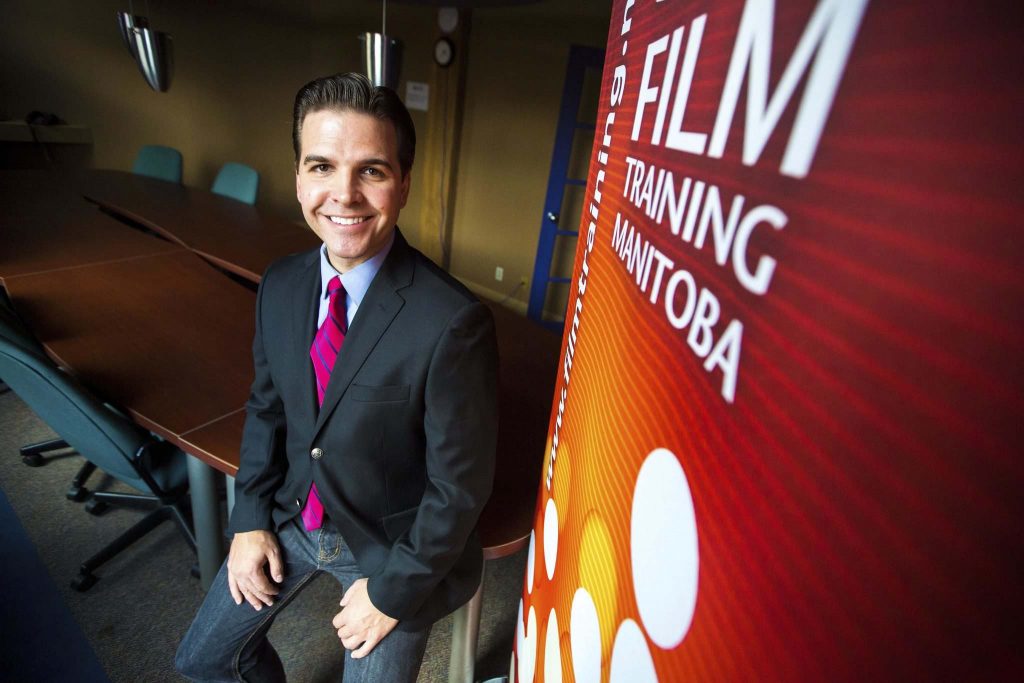 When Adam Smoluk was a child, film seemed like magic. The 39-year-old has spent the last 15 years with Film Training Manitoba watching the industry evolve with lights, cameras and action, and has now taken over the role of managing director.

“I actually started off in the most junior position at the company working, making minimum wage, as an administrative assistant and then I was able to move up every year and now I am in this position,” says Smoluk.

After seeing classic musical Singin’ in the Rain as a kid, Smoluk says he was in awe with the production element of the film.

“I was just blown away with the magic of making film — it was quite captivating,” says Smoluk.